Beranda CIVIL ENGINEERING PROGRAM ROBOT STRUCTURAL Response Spectrum Analysis and Robot Structural
Facebook
Twitter
Pinterest
WhatsApp
Details
About
In this is video, Pat Tessaro walks you through the process of running a response spectrum analysis (often used to simulate earthquakes), explaining items such as mass participation while performing the analysis.

This is useful if in comparing the seismic responses obtained with the use of both spectral analysis and time analysis. The curve of response spectrum Sa=Sa(T), that overlaps exactly with the given function F(t) of time analysis (saving the acceleration diagram) should be ascribed.

You can analyze the dynamic structure response using the method of response spectrum (spectral analysis) for the current acceleration diagram. The pseudo-spectral acceleration is the maximum acceleration of a single degree of freedom due to the given diagram of acceleration.

In Figure 1, it is assumed, that the time analysis function F(t) is given. The sequence of Cauchy problems (2) for T = T1 < T2 < … < Tnpoints will be integrated numerically, where

The response spectrum is presented in Figure 2. 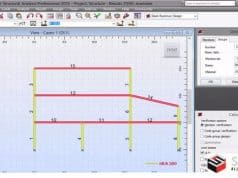 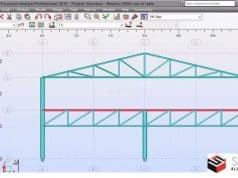