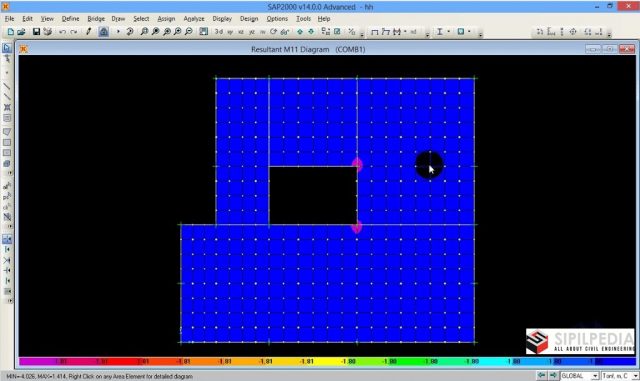 The Shell element is a type of area object that is used to model membrane, plate, and shell behavior in planar and three-dimensional structures. The shell material may be homogeneous or layered through the thickness. Material nonlinearity can be considered when using the layered shell.

The Shell element is a three- or four- node formulation that combines membrane and plate- bending behavior. The four- joint element does not have to be planar. Each Shell element has its own lo cal co ordinate system for defining Material properties and loads, and for interpreting out put. Temperature dependent, orthotropic material properties are allowed. Each element may be loaded by gravity and uniform loads in any direction; surface pres sure on the top, bot tom, and side faces; and loads due to strain and temperature change. A four-point numerical integration formulation is used for the Shell stiffness. Stresses and internal forces and moments, in the element lo cal co ordinate system, are evaluated at the 2-by-2 Gauss integration points and extrapolated to the joints of the element. An approx i mate error in the element stresses or internal forces can be estimated from the difference in values calculated from different elements attached to a common joint. This will give an indication of the ac cu racy of a given finite element approximation and can then be used as the basis for the selection of a new and more accurate finite element mesh.Structures that can be modeled with this element include: 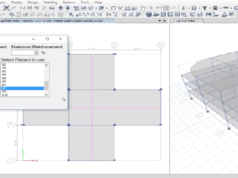 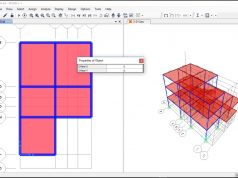 Stormwater Design vs Modelling: Back to Basics Webinar