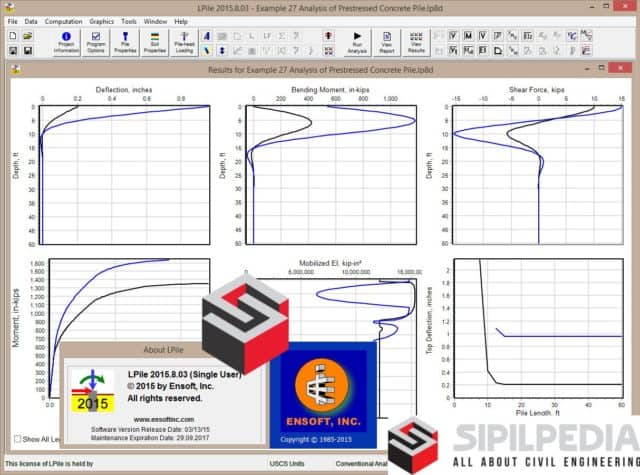 LPILE is a special-purpose program based on rational procedures for analyzing a pile under lateral loading using the p-y method. LPILE solves the differential equation for a beam-column using nonlinear lateral load-transfer (p-y) curves. The program computes deflection, bending moment, shear force and soil response over the length of the pile.

As an option, components of the stiffness matrix at the pile head may be computed internally by LPILE so users can incorporate basic soil-structure interaction in their super-structure analyses. Another option from LPILE provides graphs of pile-head deflections for various pile lengths, to help users with optimum pile penetrations (for lateral response).

Nonlinear lateral load-transfer from the foundation to the soil is modeled using p-y curves generated internally using published recommendations for various types of soils. Special procedures are programmed for computing p-y curves for layered soils and for rocks. Alternatively, the user can enter manually any other externally generated ip-y curves.

Five types of pile-head boundary conditions may be selected, and the structural properties of the pile can vary as a function of depth. LPILE has analytical features to compute the nonlinear moment-curvature relationships and nominal moment capacity of a pile’s section based on specified pile dimensions and nonlinear material properties. Optionally, the user may enter nonlinear moment-curvature relationships to be used in place of the internally-generated values. LPILE provides several design recommendations for rebar arrangements in drilled shafts.

LPILE has been written as a 32-bit application that uses 64-bit precision in computations. The program produces plain-text input files and output reports. A number of graphs can be generated by the program and be saved in several graphics formats for inclusion in project reports. LPILE runs under all versions of Microsoft Windows© from Windows XP through Windows 7 (32 and 64 bit versions). 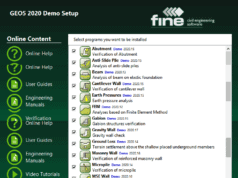 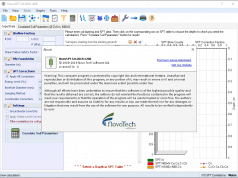