With a little programming knowledge it is possible to create a spreadsheet, plugin, or third-party application that can interface with CSI software. The API is compatible with most major programming languages, including Visual Basic for Applications (VBA), VB.NET, C#, C++, Visual Fortan, Python, and Matlab. Whether a seasoned developer or new to programming, you should find the CSI API syntax easy and intuitive.

The CSI API is currently available for SAP2000, and ETABS.

To get the most out of your development efforts the CSI API has been made as consistent as possible between the products to allow tools and applications
created using the CSI API to be easily adapted for all CSI products.

It’s been almost a year since I wrote my last post. I finished my Master’s degree in civil engineering and now I work as a professional structural engineering. Therefore I decided to give a different approach to forthcoming publications ¿And what a better way to achieve this goal than writing about ETABS, one of the most widespread software for the structural analysis and design of buildings?

I really think ETABS can be tremendously enhanced through its API. It’s taken some effort to me to learn how to deal with the API and get used to it: documentation is honestly scarce and it usually focuses on what can be achieved rather than on how to do it.

I’ve created this (my first) youtube video tutorial to share my approach about how to start programming in ETABS through the API as well as to explore the possibilities of the API by creating (and explaining) a simple macro which retrieves the load reactions from a previously built ETABS model on an Excel spreadsheet.

Some knowledge about VBA (Visual Basic for Applications) is required.

Calculation of Steel Structures in SAP2000 and ETABS 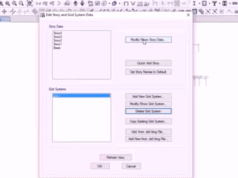 Modeling Beams Supported at the Column Edges in ETABS 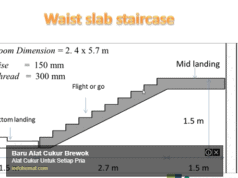